Marc Woodworth's audiobook covers the album's long and unorthodox period of writing, recording, sequencing, and editing. At least 65 songs were recorded and considered for the album and five distinct concepts were rejected before the band hit upon the record's final form. One late version, very nearly released, contained only a few of Bee Thousand's definitive songs.

Guided by Voices - I Am A Scientist

The rest were left out and nearly ended up in the boxes of cassette out-takes cluttering up Robert Pollard's basement. A brim-full catalogue of songs that cover the known map of the rock world from metropolis to outlying station. And now a fully realized double album aglow with destined-to-be-beloved songs recorded by a fresh and inspired incarnation of Guided by Voices.

It helps us reach for life.

The warmth and inspiration also involve the way Pollard opens the album up to his collaborators. This double album, like any double album, is a rite of passage for the listener — a conduit into the big room of rock from whence a good light still shines: the blue-black glimmer of Tommy and the pure white from The Beatles glowing and lifting us after their long journey here from the Days of Real Music.

Damn, that sounded great! But what a great song! The album was their first decidedly low-fi effort, and the fact that singer and accompanist are both out of tune resonates with the story about a guy whose life is out of tune as well.

One thing that always drives me batty about Cars music is that they never quite let themselves go, and you can hear that restraint on Do the Collapse. The tempering of energy worked on the three songs from that album in this collection, but overall, the album leaves me feeling the way I do after a half-assed fuck. The song then alternates between all-out bash and dark ramblings about a witch. 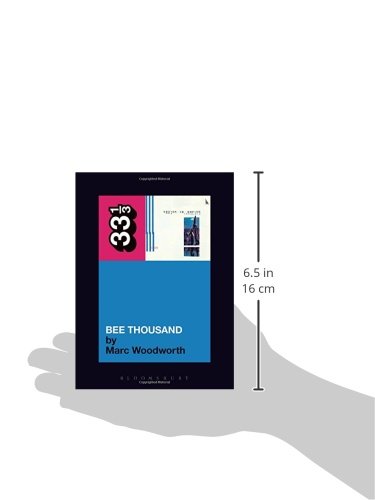 Clearly one of the most questionable inclusions on this compilation. And which of it might hold the key For the exit to her destiny? This is the kind of woman who gives sadomasochism a bad rep.

I like the little touch of echo on his voice that gives this hi-fi song a bit of lo-fi realism. The melodic movement is superb, but what makes this song work for me is the mix—the arpeggiated guitar, the shifting rhythms and dynamics, the builds, peaks and valleys. Despite the complete lack of production, despite the thinness of the bottom and despite the percussion limited to simple snare hits, this song fucking rocks! Nice bass, though, said the bass slut. I was sort of an odd duck in high school and let all that peer-related bullshit slide off me like water.

So what? Watch me jumpstart as the old skin is peeled See an opening and bust into the field Hidden longings no longer concealed. Not one of my favorites.


The lyrics are indeed sketchy, but they seem to center around the symbolism of the lake as a place for renewal, a retreat from our toxic daily life governed by schedules and obliviousness to natural reality. I wrote it and recorded it very quickly— it was one of only a couple completely new songs that ended up on Bee Thousand.

I like songs that are melancholic. I never take a lot of time on a lyric but I took a little more time on this one and thought of some occupations that could be associated with my state of mind at the time. What am I? What exactly am I? The way out.